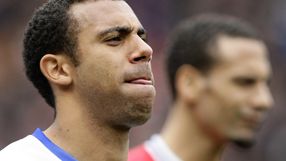 The PFA has been criticised for not doing enough to tackle the problem, but responded by saying the time was right for tougher penalties.

The plan comes a day after David Bernstein, the chairman of the Football Association, said the FA's sanctions for racial abuse were being reviewed.

The response from the FA and the PFA comes after Reading striker Jason Roberts, a member of the PFA's management committee, expressed frustration that the problem of racism was not being dealt with properly by the sport's authorities.

Roberts was the catalyst behind the move to boycott the wearing of anti-racism warm-up T-shirts during the Kick It Out organisation's annual anti-racism weekend last Saturday and Sunday.

Rio Ferdinand and brother Anton were part of the boycott and issued a joint statement on Wednesday which said: "Times change and organisations need to change with them. We are more than happy to join the discussion, privately, to make Kick It Out more relevant in its fight to stamp out racism in football."

The PFA's plan calls for:

1) Speeding up the process of dealing with reported racist abuse by closely monitoring any incidents.

2) Consideration of stiffer penalties for racist abuse and an equality awareness programme for culprits and clubs involved.

3) An English form of the "Rooney rule" - introduced by American football's National Football League in 2003 - to make sure qualified ethnic minority coaches are on interview lists for job vacancies.

4) Monitoring the proportion of black coaches and managers and any inequality or progress highlighted.

5) Racial abuse to be considered gross misconduct in player and coach contracts (and therefore potentially a sackable offence).

6) Keeping abreast of other equality issues such as gender, sexual orientation, disability, anti-Semitism, Islamophobia and Asians in football.

"If they want their own particular select group who they feel can influence everybody more than the whole PFA as a union together, I would say they are seriously mistaken," Taylor told the BBC.

"If we are not careful, this will set us back years. It would not only set back the game, it would set back the anti-racist initiative."

The Ferdinands statement said: "Although we have been left disappointed by the PFA and the FA's actions over the last year, as a family, we are committed to working with football's existing organisations towards the betterment of the game and to achieve immediate action."

FA Chairman Bernstein told reporters at Wembley on Tuesday that the domestic governing body will review its sanctions for racist abuse following the Terry case.

The Chelsea captain is serving a four-match domestic suspension after the FA found him guilty of racially abusing Queens Park Rangers defender Anton Ferdinand a year ago. He was also fined 220,000 pounds despite being found not guilty in a criminal case.

Clarke Carlisle, the chairman of the PFA, told Sky Sports that ideally the organisation was looking for longer suspensions in the future than the one Terry received.

"Eight games is a minimum entry level," he said.

"The FA did punish