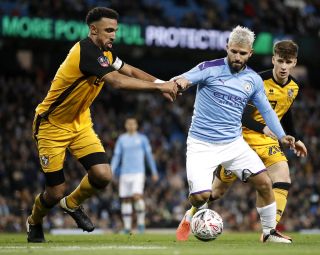 Port Vale captain Leon Legge is embracing his role as an inspiration for people with epilepsy.

The defender was diagnosed with the condition aged 16 and has been open in recent years about the challenges of managing it while playing professional football.

He is an ambassador for the Young Epilepsy Foundation and a month ago began writing a blog about his experiences called Epilepsy Baller.

Speaking to the Counter Attack podcast, Legge said: “I don’t think I would have really looked into seeing that epilepsy needed that much awareness.

“I knew what I needed to do but that was it. Talking to the charities and things like that, they gave me all the stats and I thought, ‘I need to help here’.

“I was quite closed growing up, kept a lot of things to myself. I dealt with everything on my own. But now it’s a lot different, I’m quite open with what I say about my epilepsy and I try to get out there as much as possible.”

Legge had his first seizure during training but his condition is now controlled by medication and he only has occasional seizures during his sleep.

He described one interaction he had with the parent of a teenager struggling with epilepsy.

“While I’m in football, I want to take advantage of that,” he said. “I’ve had a lot of dads and mums saying about their kids.

“Not long ago I had a young lad who was going through the same thing. He’s at an under-15s academy and he was having a bit of a bad time. But luckily enough it was around the time we were playing Man City.

“He was a bit down with what was going on with his football and the seizures he was having but his dad showed him the article about my epilepsy and he said his son watched the Man City game and couldn’t take his eyes off it.

“Little me, playing at the Etihad against (Sergio) Aguero, having epilepsy, he said it gave him a new lease of life and a new love for football.”