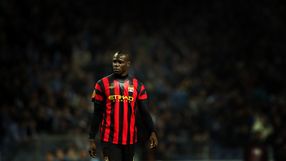 City complained about Balotelli's treatment after their 2-1 win away to the Portuguese side in the Europa League on February 16 in the round of 32.

"The UEFA Control and Disciplinary Body has imposed a fine of 20,000 euros on FC Porto for racist conduct of their supporters," said a UEFA statement published on City's website.

Porto, who have three days to appeal, said at the time they were surprised about the complaint and nothing abnormal had happened during the game.

A spokesman said chants from Porto and City fans in support of their respective players Hulk and Sergio 'Kun' Aguero could have been mistaken for other sounds.

The Portuguese club said they had no previous record of racism and were proud to field a multi-racial team.

However, Porto fans told Reuters they had briefly heard monkey chants from a part of the stadium after a foul by Balotelli.