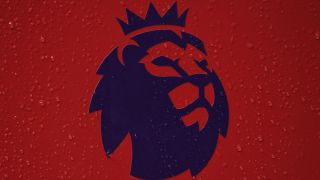 The Premier League, the Football Association and the English Football League have promised to investigate allegations of improper transfer conduct.

British newspaper The Daily Telegraph has published claims made by three agents that eight current or recent Premier League managers have received illegal payments in relation to transfers.

The report has prompted a joint response from English football's controlling bodies, who have insisted legal action will be sought from the authorities if evidence of wrongdoing is uncovered.

"English football takes the governance of the game extremely seriously with integrity being of paramount importance," the organisations said in a statement.

"Any substantive allegations will be investigated with the full force of the rules at our disposal, which are wide-ranging and well-developed.

"In addition, should we find any evidence of criminality, we would inform and seek the support of the appropriate statutory authorities."

In response to the newspaper report, the Association of Football Agents earlier on Wednesday urged FIFA and UEFA, the world and European governing bodies respectively, to implement stronger regulations relating to player representatives.

A statement read: "The AFA recognises that while recent media reports involving possible misconduct in relation to player transfers remain unproven, they do raise important questions and serve to highlight the need for greater transparency and a new regulatory framework in this area of the football industry.

"We are totally committed to helping any investigation into the various allegations and to continue to work with the relevant football authorities, led by the FA [Football Association], to further explore what steps can be taken in English football to put in place an effective system of licensing and codes of conduct for agents.

"The global move to deregulation has not worked and it has allowed the system to be more open to manipulation and abuse.

"The time has come for the key stakeholders in this country to genuinely come together to establish a new framework for the future and we would be happy to progress those discussions with immediate effect.

"Ultimately, changes to the current set-up should also be enforceable globally and this must involve UEFA and FIFA to help spread best practice around the world and reintroduce a system of licensing and regulation which works and is meaningful.

"We can make a positive start here to promote a better approach across the game."