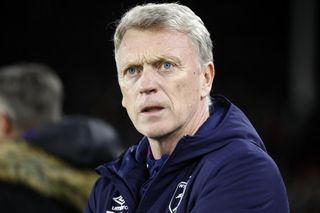 There is a thrilling relegation battle unfolding in the Premier League as the five clubs immediately above rock-bottom Norwich are separated by just three points.

Here, the PA news agency takes a look at those involved and their outlook of avoiding the drop into the Championship.

Brighton have earned praise for the way they have played under Graham Potter this season but they are now without a win in six league games. Their next nine matches will not have them licking their lips either as a visit to Sheffield United is followed by a clash with rivals Crystal Palace before successive games with top four challengers Wolves, Arsenal, Leicester and Manchester United. They will be hoping to pick up valuable points against Norwich on April 11 as that match precedes back-to-back games with Liverpool and Manchester City.

Following a run of 10 defeats in 12 games, Bournemouth have recovered, having won their last two home games against Brighton and Aston Villa. Their form at the Vitality Stadium will be key to Eddie Howe’s men staying in the division. They have tough games left, with Chelsea, Liverpool, Wolves, Manchester United, Tottenham, Leicester and Manchester City to play. Home games against Palace, Newcastle and Southampton could be key.

Gutted with the result, very tough to take as thought we could’ve definitely came away with something. We go again next weekend all together 💪🏻⚽️ #AVFCpic.twitter.com/ilMkNW3k4g— Jack Grealish (@JackGrealish) February 16, 2020

Villa are picking up regular points, having recorded four wins in their last eight games. They will have to hope that their upcoming Carabao Cup final will not prove too much of a distraction. Jack Grealish has been their key man this season and their hopes will rest on how well he plays between now and the end of the season. They have a number of top sides left to play but their fate could come down to a crunch visit to West Ham on the final day.

It looked like the arrival of David Moyes was going to lead West Ham clear up the table but they are in free fall without a win in six. A tough run of fixtures continues with games against the likes of Liverpool, Arsenal, Wolves, Tottenham and Chelsea and they will have to hope it is not too late for them by the time they play Norwich, Watford and Villa in three of their final four games.

After an initial bounce under Nigel Pearson – their third manager of the season – Watford have not won any of their last four games. They will see their fate as completely in their own hands, though, and games against Norwich, Newcastle and West Ham will be key as they finish with clashes against Manchester City and Arsenal.

Norwich boss Daniel Farke has said himself that his side will need a miracle to stay up and with just four wins all season, you can see why. There does not look to be much hope for them as they still have to visit top-six contenders Sheffield United, Arsenal, Chelsea and Manchester City.