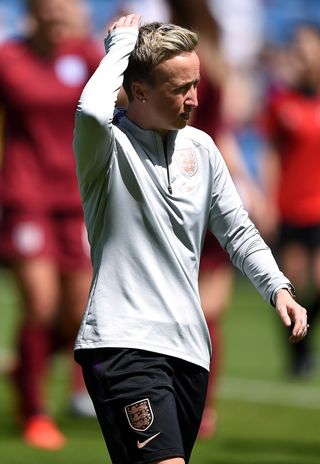 England assistant coach Bev Priestman has described boss Phil Neville as having “world-class” man-management skills and feels that together they make for a winning combination.

Neville took on his first managerial post when he was appointed to lead England’s women’s team in January 2018.

The Lionesses, who face Argentina in Le Havre on Friday in their second World Cup Group D fixture, have subsequently had 12 victories and four draws in 20 matches under the former Manchester United, Everton and England player, and they won the SheBelieves Cup earlier this year.

Priestman was brought in as Neville’s assistant last summer having previously been with Canada’s set-up.

She worked as head coach of Canada’s under-17s and assistant coach for the senior team, most notably helping them win bronze at the Rio 2016 Olympics. In the latter role, she worked alongside Englishman John Herdman, who is now the boss of Canada’s men’s side.

“My background’s been more down the John Herdman sort of path. So coming across to work with Phil, I think it’s a great combination.

“Phil is a world-class man-manager, he has worked under the best manager in history (Sir Alex Ferguson), he’s played the game at the highest level, and I think that sort of confidence, when you’re alongside someone who’s won and nothing fazes him in that sense, as a staff member it really gives you a lot of confidence to just do your job and deliver.

“You put me and Phil together and I hope it’s a pairing to bring England some success.”

Priestman says she and Neville “complement each other” and that he is the “most open guy that I’ve met”.

“He recognises my experiences and draws on them and uses them,” she said.

“I think I’ve brought the learnings across tournaments. So when you get to a game that really matters, seven games in, 50 days on the road – you have to be prepared for that in your first training session, and getting that balance right.

“Things like that, how FIFA works, those are probably the areas I’ve brought, as well as the women’s game, and knowledge of other countries, how they play.

“I definitely think Phil’s area he has brought me is his man-management, he is world-class at that and you have to allow him the time, to not have him bogged (down) in the details, so he can get the best he can out of every player.”

Ahead of Sunday’s 2-1 win against Scotland, Neville spoke of this World Cup being “the biggest thing I’ve ever done”.

And Priestman said: “He’s taking it in his stride, but I can see the excitement in his eyes. You know he’s had Champions Leagues and everything but I genuinely believe, and I’ve heard him say it, that this is the biggest thing he’s ever done.

“He eats, sleeps and breathes the Lionesses, and I think that’s refreshing. The girls feel that and they will run through a brick wall for him.”