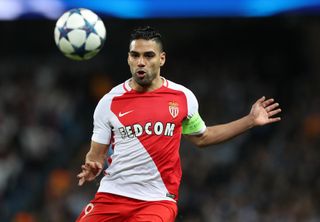 Skipper Radamel Falcao’s double helped Monaco to edge away from the Ligue 1 relegation zone as they came from behind to snatch a 2-2 draw at Rennes.

Trailing 2-0 at the Stade de la Route-de-Lorient to Adrien Hunou’s brace after just nine minutes, the visitors hit back after the break to ease themselves four points clear of the drop zone with as many games to play.

Rennes, who beat stunned Paris St Germain with a penalty shootout victory in Saturday’s Coupe de France final, got off to a blistering start when Hunou rounded off a pacy break to fire them into a third-minute lead, and they looked to be in complete control when he added a second from distance just six minutes later.

However, last season’s Ligue 1 runners-up responded and, although they had to wait until the 69th-minute to give themselves hope when Falcao headed home Djibril Sidibe’s cross, his equaliser arrived just six minutes later.