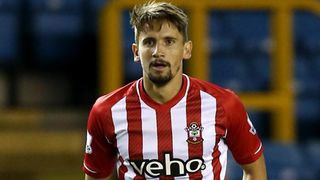 Southampton manager Ronald Koeman has opened the exit for Gaston Ramirez, insisting he has no future with the club.

Ramirez cost Southampton £12million from Bologna in 2012 - which at the time was a record fee for the Premier League club.

The Uruguay international featured 25 times and scored five goals in his debut season with the club, but his appearances have dropped dramatically since.

After returning from a six-month loan at Hull City in 2015, Ramirez has played just 28 minutes of league football this season.

And Koeman is keen to move the attacking midfielder along, who is reportedly earning close to £60,000-a-week.

"The situation with Gaston is different to our other players because he is ending his contract," Koeman said.

"He is not in the plans for the future of the club."