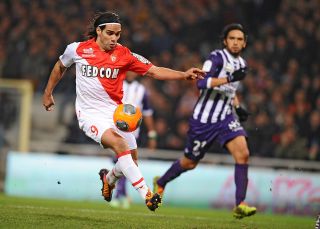 Ranieri's side avoided three straight games without a win in Ligue 1 as goals from Layvin Kurzawa and Lucas Ocampos secured all three points.

With two goals in his past six league appearances, Ranieri also backed striker Radamel Falcao to regain his form, promising the Colombian plenty of game time in the weeks to come.

"We were struggling during the first 30 minutes - Toulouse had two or three chances to score," Ranieri said.

"We improved after these phases of the game and played better.

"It was very important for us to secure three points.

"Everything is fine with Falcao - I spoke to him after the game.

"We have three games this week and he will play in all of them.

"He will continue to play and will get his rhythm back again - he still needs time to find that."

Monaco are second behind Paris Saint-Germain, who maintained their five-point gap at the top of the table with a 5-0 thrashing of Nantes in Paris.