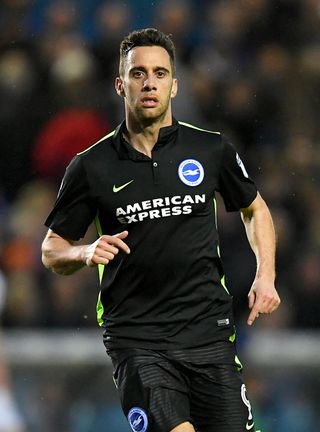 Sam Baldock’s equaliser earned Reading a 1-1 draw against Nottingham Forest at the City Ground as the sides played out more late drama in the Sky Bet Championship.

It was the same score – and an almost identical plot to when these clubs met 11 days previously in Berkshire – as Forest took the lead late on, only for the visitors to claw themselves level.

Lewis Grabban scored an 80th-minute goal that might have lifted Forest into third place, had Sabri Lamouchi’s side been able to hold on for the win.

The Royals had other ideas and substitute Baldock pulled them level just three minutes later, to leave Forest frustrated for the second time in just over a week.

John Swift fired the first effort of the game over the bar from 20 yards for the visitors. He also had the second as Brice Samba got behind his curling shot.

Forest did not muster their first meaningful moment of menace until the 20th minute, when Joe Lolley’s powerful, low shot forced a smart save from Rafael Cabral at his near post.

Moments later, Lolley whipped in a cross-shot from a free-kick that had the keeper scrambling nervously across goal, as it bent inches the wrong side of the upright.

When another Lolley free-kick was blocked, Tiago Silva lashed the rebound narrowly over the bar in spectacular fashion.

Joe Worrall forced another save from Cabral after sneaking forward from the back to hit a crisp 25-yard strike. A cagey first half ended with a decent effort from Jordan Obita, which Samba saved awkwardly.

Worrall threatened again after the break, although his shot was blocked inside the penalty area.

There was almost a moment of controversy when Obita was allowed to continue despite looking to be yards offside, with Samba pushing away his angled shot as Forest protested furiously. Michael Olise then bent a free-kick wide for Reading.

Forest’s top scorer Grabban had a pop from outside the box, but his effort was always bending wide of the target. Matty Cash came a little closer following a flowing move, but his shot also flashed across goal and wide.

Forest finally took the lead with 10 minutes to play, as a cross-shot from Sammy Ameobi ended up being a perfect ball for Grabban, who was arriving with perfect timing to slide in and touch the ball home at the far post for his 16th of the season.

Just as was the case in the reverse fixture, Reading still had a response and, three minutes later, Obita found sub Baldock who forced the ball beyond Samba to draw the visitors level.