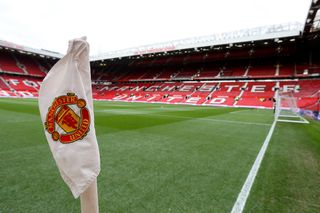 Manchester United Women will play at the top level of the English game next season.

United won promotion to the Women’s Super League by securing at least a top-two spot in the Championship with a 5-0 win over Aston Villa on Wednesday.

Here, Press Association Sport considers how United will fare in the WSL next season.

How well has this United team done?

Remarkably so. United have won 15 and lost only one of their 17 league games, scoring 81 goals and conceding just seven in the process. Ed Woodward, United executive vice-chairman, only announced plans to form a women’s professional team in March 2018 having long been criticised by prominent figures in the game for failing to do so. They were the only Premier League men’s club not to have a senior women’s team before formation. United joined the second-tier Championship in time for the 2018-19 season and have played their home games at Leigh Sports Village.

Who is the manager?

Casey Stoney, the former England captain and assistant manager, was named head coach of the newly-formed United team in June. Stoney instantly set her sights high by declaring she wanted to become the “Sir Alex Ferguson of the women’s game” in what she labelled a three-to-five-year project. Stoney was capped 130 times by England and brings vast knowledge of women’s football. The 36-year-old is regarded as a perfectionist, with a deep understanding of psychology as well as formations and tactics.

Will the squad need strengthening?

United’s march has been a relentless procession, but far tougher tasks lie ahead in the WSL. Goalkeeper Siobhan Chamberlain and full-back skipper Alex Greenwood have almost 100 England caps between them, but there are only three players in the squad over 25. Regular scorers Jess Sigworth, Ella Toone and Mollie Green offer huge promise and teenager Lauren James, sister of Wigan’s Reece James, has been tipped as a future England international. Expect United to add experience in key areas this summer

What does the future hold?

With a budget bigger than most Super League clubs, United are certainly expected to compete at the top end of the English game. Crowds peaked at nearly 5,000 earlier in the season, and Stoney has suggested that a game could be played at Old Trafford next season to raise the profile of her team further. The ambition is to compete with WSL champions Chelsea Women and local rivals Manchester City for the top honours, and there is every chance that will happen in the long run.