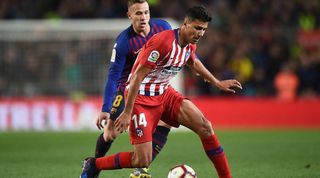 The Premier League champions have long been linked with the Spain international, who has a release clause of €70 million written into his contract.

However, AS reports that Bayern want to sign the 22-year-old and the player has shown willingness to move to Germany.

The outlet claims it is certain that Rodri will not be an Atleti player next season, after telling the club hierarchy and coach Diego Simeone that he intends to leave.

Atleti want the €70 million release clause to be paid in full as Bayern and City prepare to go head-to-head in presenting offers to the player.