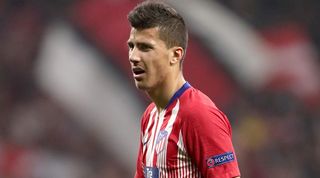 The Spaniard has enjoyed a fantastic season at the Wanda Metropolitano following his transfer from Villarreal last summer.

And now City are keen to bring the 22-year-old to the Etihad Stadium as they look to secure a long-term replacement for Fernandinho.

The Premier League champions have made a formal offer to Rodri and will trigger his £61.5m buyout clause if the player agrees to join.

Atletico forward Antoine Griezmann has announced his attention to depart this summer, while Juanfran, Diego Godin and Filipe Luis are also on the way out.

Rodri is also likely to leave, although he wants to assess all of his options before deciding his next destination.