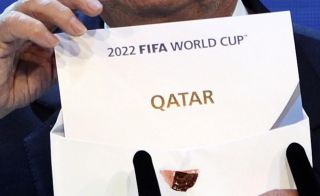 Discussions over oppressive heat in Qatar - hosts of the 2022 event - in traditional tournament months of June and July have raged ever since they awarded the rights to stage it in 2010.

Scorching temperatures of approximately 45 degrees are likely in June and July in Qatar and the safety of players, officials and fans has caused great concern.

A switch to the cooler months of November, December or January appears likely and Rummenigge - who is the chairman of European Club Association - thinks clubs should expect it.

"I believe the football calendar has to be seen very carefully and very sensibly because we have a kind of habit in the calendar," Rummenigge said.

"I believe the first World Cup was played in 1932, if I remember rightly [actually 1930] and from that day it has always been played in the summer and if we now shift the date of the World Cup to November-January, we would have to do that in a very careful way without damaging club football or the [UEFA] Champions League, which is not an easy task.

"It's not easy for us to find a solution without damaging the habits of the football calendar.

"We [clubs] are not responsible but we are ready to take part in the ongoing discussions regarding the responsibility.

"Two of my colleagues to my left and right are taking part in these hearings and hopefully at the end we can find an acceptable solution if the World Cup is shifted to November.

"I read some statements from FIFA's sources that they believe that it has to be shifted, so it is looking like the will of FIFA and of course of UEFA as well is to shift the date to November-January.

"We have to do that in the most sensible and careful way without damaging leagues and club football."