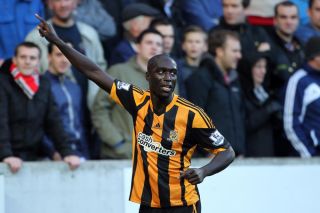 The controversial gesture, which gained notoriety when former West Brom forward Nicolas Anelka used it to celebrate a goal in the club's 3-3 Premier League draw at West Ham in December, is said to have anti-Semitic connotations.

Sagbo found himself under scrutiny following social media posts relating to the gesture and accepted the Football Association (FA) charge, brought against him at the start of the month.

The FA confirmed on Tuesday in a statement following an Independently Regulatory Commission: "Yannick Sagbo has been fined £15,000, subject to any appeal, after he admitted an aggravated breach of FA Rule E3.

"The Hull City player was also warned as to his future conduct and ordered to complete a compulsory education course."

Full written reasons for the commission's decision will be released, while both parties have the right to appeal the outcome of the hearing.