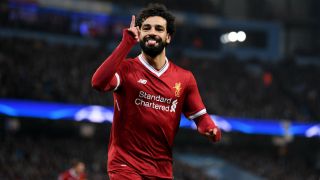 Salah – recovering from a shoulder injury ahead of the World Cup – enjoyed a stellar first season at Anfield, winning the Premier League Golden Boot.

The Egypt forward scored 44 goals in all competitions, sparking speculation of a possible move to European champions Real Madrid.

Barca also emerged as a destination following a report from Spanish outlet AS, which claimed Salah was offered to the Catalan giants.

"This never happened," Abbas tweeted, quoting the AS story in his tweet. "AS, you need better sources."

Egypt are optimistic Salah will be fit for the World Cup in Russia after he hurt his shoulder during Liverpool's 3-1 defeat to Real Madrid in the Champions League final last month.