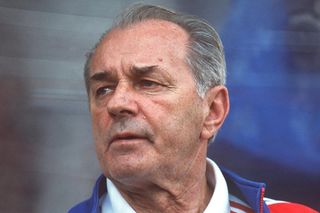 Boskov passed away in the same town he began his football career, Novi Sad.

Boskov plied his playing trade in his homeland for FK Vojvodina before moving to Italy where he spent a season at Sampdoria, and he would go on to make a name for himself as coach of the Serie A club.

He led the Genoa-based club to Scudetto glory in 1990-91 - their only top-flight title in their history - while also securing the Coppa Italia twice, the Supercoppa once and the European Cup Winners' Cup in 1989-90.

Boskov fell agonisingly short of helping Sampdoria to European Cup glory, as they lost the 1992 final to Barcelona 1-0 at Wembley.

His other major coaching achievements included winning the La Liga title with Real Madrid in 1979-80, and doing the double with the Copa del Rey that same season.