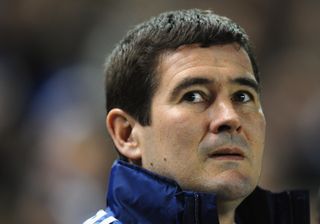 The 47-year-old was sacked by Championship outfit Derby County in September following a poor run of form, particularly at home.

But, after less than a month on the sidelines, Clough's return to football was confirmed on Wednesday as he took over at Bramall Lane.

The club's co-chairman Kevin McCabe was delighted to secure a manager of Clough's calibre.

"Nigel has a tremendous pedigree in the game," he told United's official website.

"He brings undoubted experience and can provide stability, energy and confidence to the playing side drawing on his 11 years at Burton Albion followed by over four and a half years with Derby County in the Championship."

Clough will be immediately tasked with getting United, who reached the play-offs in the last two seasons, out of the relegation zone.

After winning their first match of the campaign, Sheffield United endured a dreadful run of form that saw them post just one victory in 13 matches – a Football League trophy tie against Scunthorpe United on penalties.

Former manager David Weir was sacked earlier this month, with caretaker Chris Morgan presiding over one win, one draw and one loss in his three matches in charge.