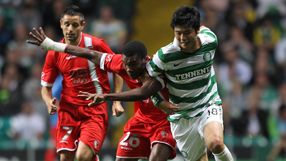 The club, thrown out of the Europa League for fielding the players, also appeared at a hearing at the Court of Arbitration for Sport (CAS) in Lausanne on Wednesday with a verdict expected by Monday.

"The civil tribunal in Martigny has confirmed this morning that the Swiss Football League and FIFA must consider FC Sion's new players to be eligible," said a statement on the club's website.

Sion were banned by FIFA from signing players for two transfer periods for inducing an Egyptian goalkeeper to break his contract with his club to join them in 2008.

Appeals to both FIFA and CAS were rejected and the ban finally came into force last year. Sion said they believed it ended this summer and made six new signings but FIFA said it was still in force,

The six players were initially barred by the Swiss Football League (SFL) and took their case to the court in Martigny, which provisionally ruled in their favour in August and confirmed the decision on Wednesday.

The Swiss league then allowed them to play despite the FIFA ban.

Sion also fielded them in the Europa League qualifier against Celtic but they were ruled ineligible by UEFA and Sion, who won the tie, were thrown out of the competition and replaced by the Scottish club.

Sion then protested over the Europa League expulsion to a tribunal in the canton of Vaud, where UEFA's headquarters are located.

The court issued a "superprovisional" ruling in the club's favour, however UEFA said it could not enforce the ruling and refused to reinstate Sion.

That case continued on Tuesday with a four-hour hearing in Lausanne involving both parties.

Sion have also appealed to the CAS against the Swiss League's original ban on the players and that appeal was heard on Wednesday.