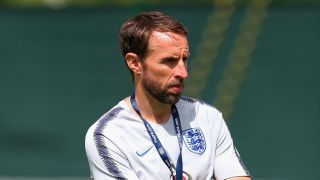 England manager Gareth Southgate said he never expected to lead his country into a World Cup, but is now excited by the prospect of doing it in Russia.

Southgate was promoted from the under-21 set up to guide England through qualifying when Sam Allardyce's short reign was ended after one game in charge.

The 47-year-old has been impressive during his tenure as three lions boss so far, but admits he had reservations about taking the job given the circumstances.

"It's a journey I didn't expect or want to be on," Southgate told BBC Sport.

"I was hoping that in the last Euros the team was going to do really well and Roy [Hodgson] would still be there.

"When Sam Allardyce was appointed, I was under-21 coach and there to support him.

"I have said from the off I wasn't comfortable with the manner in which I took the reins, but I have enjoyed the responsibility."

"I've enjoyed having the role and I think I was the best qualified person with the best experiences to take it at the time it came up."

England get their tournament underway Monday when they face Tunisia in their opening Group G fixture.