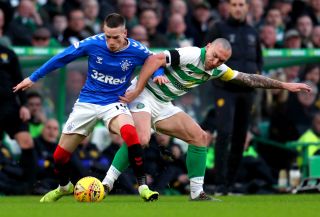 Clubs have been warned they could face playing four games in eight days amid “enormous” pressure on the Scottish Professional Football League fixture list.

SPFL secretary Iain Blair has also swiftly knocked back Scotland manager Steve Clarke’s plea for a free weekend before the Euro 2020 play-offs but will ask Sky Sports not to schedule any games on the preceding Sunday.

Blair plans to finalise the fixture list in the first week of July but warned there was little room for manoeuvre especially if there was a bad winter or further disruption from the coronavirus pandemic.

Blair said: “The stress on the SPFL fixture calendar next season is going to be enormous, with a real risk that some clubs will be forced to play four games in eight days, which we always try to avoid.

“And that’s even before we consider the impact of the Scottish winter and the high risk of cancelled matches due to adverse weather.

“We have already been obliged to cancel the winter break next season because we absolutely needed those extra three potential match dates, but even with that, I think it is going to be tighter than at any time in my 22 years working for the SPFL.”

Scotland boss Clarke revealed earlier that he had asked for a free weekend before the play-off semi-final against Israel on October 8 and potentially the same leeway before the final the following month.

Blair said: “If there was any slack at all in the schedule we would obviously be very keen to deliver that. Unfortunately it’s simply not possible, given the restrictions we are working within.

“We have committed to liaising with Sky Sports to encourage them to avoid scheduling live matches on the Sunday before the Scotland games, unless that fixture has been shifted to the Sunday because of UEFA Europa League commitments the previous midweek.”

With a late start to European qualifiers and the Betfred Cup, plus the delayed Euro 2020 play-offs, 12 potential fixtures dates before the Scottish Premiership split are used up for internationals and 16 for Champions League and Europa League fixtures.

Four dates have been set aside for the Betfred Cup, two for last season’s Scottish Cup and three for next season’s competition.

Blair explained: “With 37 of the 71 dates therefore ruled out, that leaves us a maximum of 34 fixture dates to fit in the required 33 rounds of pre-split SPFL matches.

“It is already incredibly tight, and that is before we consider how many games we will inevitably lose to bad winter weather, Scottish Cup replays and further potential postponements caused by Covid-19.

“There is a very real risk that several SPFL teams will be forced to play four matches in eight days – and perhaps more than once – which would be a nightmare for players and fans alike.

“I’m afraid to say there are real and justified fears over the resilience of the forthcoming current fixture schedule, given everything the game is dealing with currently.

“I will be writing to clubs shortly to explain the various factors we are balancing and I know from my discussions with club secretaries that they understand our shared predicament.

“It goes without saying, we will all be keeping our fingers crossed for a very mild winter.”