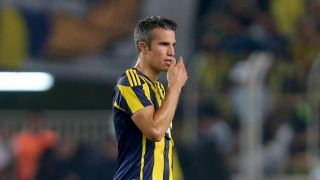 Van Persie has been linked with a move away from the Istanbul side after just one season, with Sporting believed to be among his potential next destinations.

Nevertheless, the Portuguese giants have made it clear the 32-year-old is not a realistic transfer target.

"Van Persie is a player who interests a lot of clubs. He is a great player," Jesus told SportTV.

"If you knew how much someone like Van Persie earns per season. It's madness. It's impossible to even dream of it for most teams in the world.

"And we do need a place to play our home games..."

Van Persie has a contract with Fenerbahce until June 2018.