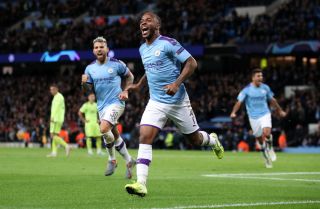 The Premier League winners have fallen short in Europe in recent years but continued their winning start in this year’s competition by beating Dinamo Zagreb 2-0 on Tuesday.

City now top Group C with six points from two games and, with back-to-back games against Atalanta to come, will be expected to continue making steady progress towards the knockout stages.

It is there the real challenges will come and, although Sterling accepts it could get tough, he feels they will have a chance.

The England forward, who scored City’s first goal against the Croatians, said: “We know the teams we have in Europe, they are top opponents. It will never be easy to win it.

“We need to keep going. The most important thing is trying to qualify from this group. If we keep doing that, year in year out, the better chance we will have to win it.

“There are more games coming up and we know they are going to be difficult. So we just need to keep going. We go to the weekend now and we need to focus on that.”

City face Wolves in the Premier League on Sunday.

They will go into that game on the back of a comfortable victory over the Croatian champions, although it took the second-half introduction of Sterling to secure the result.

City were starting to look laboured after spurning a host of early chances when Sterling came on to inject impetus at the right time.

He broke the deadlock in the 66th minute – 10 minutes after entering the field – and then set up Phil Foden for the second goal of the night.

“We created a lot of chances,” said Sterling. “We knew that if we kept playing our football, we would create another chance. That’s what we did.

“At the Etihad Stadium, if we keep that tempo, that intensity, not a lot of teams can hold on. That’s exactly what happened.”