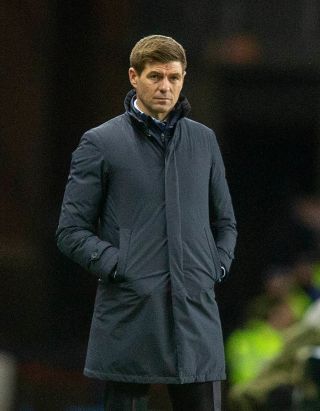 Rangers manager Steven Gerrard is desperate to get back into competitive action after having months to stew over their collapse in form.

Rangers have not played since a 3-1 Europa League defeat by Bayer Leverkusen on March 12 but it was their domestic results that have been troubling Gerrard.

After giving themselves the advantage in the title race with victory at Celtic Park on December 29, Rangers slipped 13 points behind before the suspension of play ultimately led to their rivals being declared champions again.

A Scottish Cup defeat by Hearts had effectively ended their domestic campaign even before the pandemic struck and Gerrard has not enjoyed having an extended summer break despite the benefits it might bring some players.

Gerrard, whose squad began pre-season training on Monday, told Rangers TV: “I understand the question as I think in terms of the body, people who have had niggles and aches and pains, it is certainly beneficial from that point of view – people could really have had a good rest and refresh to be ready to go again.

“I think from a mental point of view, probably not because we are all aware of what has gone on and certainly how the season finished and certain competitions last year, we’re not happy how we performed in them.

“So from a mental point of view, certainly if the players are thinking the way I am thinking, I couldn’t wait to get back and I’m desperate to get back into the real games again and really get going again to try and get this club back to winning ways.

“That is how I’ve been thinking and that is the feeling I have had inside my stomach and I’m sure all the players have been feeling the same.”

However, Gerrard feels the time to talk over the 2020 performances with the likes of sporting director Ross Wilson has helped him refocus ahead of the August 1 Scottish Premiership kick-off.

“I am always ready,” he said. “I think I have had enough time to self-reflect and analyse where I am and where my staff are and where the team is at.

“We have had some real, strong, powerful meetings over the summer to analyse where we are.