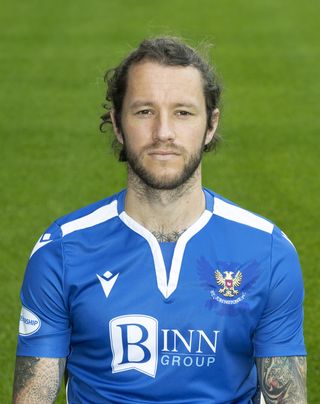 Stevie May scored a hat-trick as St Johnstone thrashed Brechin 7-0 in the Betfred Cup.

May had enough chances to comfortably double his tally as he hit his first treble since a game against Hearts in January 2014, which was three weeks after his previous hat-trick.

David Wotherspoon hit a double as Saints proved far too strong for Mark Wilson’s team, who finished bottom of League Two last season and lost 6-2 against Dundee United in midweek.

The Perth side recorded 35 shots and Callum Hendry and Murray Davidson added late goals to ensure Callum Davidson’s side eclipsed the total number of goals they had scored in their previous 11 games this season.

May had already passed up a one-on-one before forcing the ball home in the third minute following Liam Gordon’s knockdown.

Lewis McMinn made several more saves from May before the former Aberdeen player set up Wotherspoon to slot home in the 25th minute.

The chances kept coming. Wotherspoon and Davidson hit the post, Craig Bryson missed a sitter and McMinn made yet another save from May.

Saints netted three times in six minutes after the break.

Wotherspoon slotted home in the 56th minute after Shaun Rooney’s cutback and May capitalised on some poor defending to grab his second.

May came close again before completing his treble when his shot squirmed underneath McMinn.

Saints brought on substitutes including 17-year-old Alex Ferguson for his debut and another replacement, Hendry, missed a good chance before netting his first goal of the season from the spot in the 88th minute after Davidson was fouled.

Davidson then got in on the act as he headed home Callum Booth’s cross in stoppage-time.