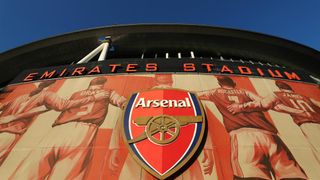 Arsenal have announced a pre-tax profit of £25.1million in their latest financial results.

For the six months to the end of November 2017, Arsenal's profits climbed from £12.6m, with the Premier League club's cash reserves standing at £137.6m.

The rise in profits came despite Arsenal's football turnover falling to £167.7m from £191.1m due to last season's failure to qualify for the Champions League.

Arsenal's financial results do not take into account the January club-record signing of Pierre-Emerick Aubameyang, but they do include the arrival of Alexandre Lacazette from Lyon.

Arsene Wenger's men are struggling on the pitch, sitting sixth in the Premier League table and suffering a 3-0 humbling to Manchester City in Sunday's EFL Cup final.

Wenger: “We are very disappointed because we lost an important game. We need to first recover from the disappointment and then prepare for the next challenge, as always, together"February 28, 2018

Arsenal also suffered a shock home loss to Swedish side Ostersunds in the Europa League last week, although the Gunners progressed to the last-16 by virtue of a 3-0 first-leg victory.

Chairman Chips Keswick said in a statement that Arsenal's board shares the "acute disappointment" of fans following the EFL Cup final defeat to City.

"This has not been the easiest of campaigns but we are all working hard to ensure we have a strong finish," Keswick said. "Breaking our transfer record twice in one season and the player contracts we have signed shows our commitment to getting the club back competing for the Premier League.

"However, our strategy remains self-financing and we must accept all the challenges that brings at a time when the inflation of transfer fees, player wages and the fees demanded by agents has become super-heated.

"We need to spend effectively and be the best we can across the whole of our football operations if we are to compete at the level our ambitions for the club demand.

"This has been an inconsistent season but as we enter its final stages let's not forget we still have plenty to play for with the Europa League and an outside chance of a top-four finish in the Premier League."

Arsenal face City again in the Premier League on Thursday, with Wenger's men 10 points behind fourth-placed Tottenham and a further 17 back from Pep Guardiola's runaway leaders.

Despite reports Arsenal are considering replacing Wenger with Germany coach Joachim Low or Celtic manager Brendan Rodgers at the end of the season, the Frenchman said on Wednesday he is "amazed" he has to answer questions about his future.