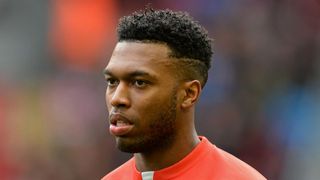 Liverpool must do more to assess the root cause of Daniel Sturridge's injuries as his recurring absence is not a coincidence, says Graeme Souness.

England striker Sturridge has been beset by problems since moving to Anfield in January 2012 with hamstring and thigh complaints the biggest issue.

Shortly after taking over at Liverpool, manager Jurgen Klopp stated that Sturridge must "learn what is serious pain and what is only pain".

And Souness believes the medical team at Liverpool should do more to explore why Sturridge spends so much time on the sidelines.

"Daniel Sturridge was injured a lot prior to Klopp's arrival. Sturridge should be the first name on the team sheet because he has great qualities, but he isn't," Souness, who played for and managed Liverpool, told Omnisport.

"If he declares himself fit on a Monday and when you're writing the team out on Friday, you're not putting the number nine in because you know on a Saturday that Sturridge might not be fit [that's a problem].

"So instead of being the first name, he's going to be the last on the team sheet and it shouldn't be like that.

Klopp has been in charge since October, but Liverpool are still plagued by the inconsistency that cost predecessor Brendan Rodgers his job.

But the German has led Liverpool to the League Cup final and Souness - who won five league titles with at the club - is confident the former Borussia Dortmund coach will deliver the goods on Merseyside.

"I think he needs three to four transfer windows. He got the job because there was issues and the club wasn't going in the right direction, so he'll need the time to make adjustments," he added.

"Transfer windows are big opportunities, apart from coaching every day of the week, bringing in fresh personnel in. He's had a good chance to look at what he's got and hasn't got, he'll know already who he wants to keep and is ready to let go.

"He's having a look at some of the youngsters as well, so in my book he's doing everything right."