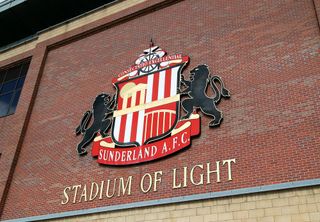 Sunderland have announced “a significant investment” in the club by American consortium FPP Sunderland Ltd.

The new investment deal, reported to be around £10million, ends months of uncertainty over a possible takeover and does not affect the current ownership structure.

Sunderland said in a statement: “FPP Sunderland Limited is backing the current management of Sunderland AFC through a significant investment it has made in the club’s holding company, Madrox Partners Ltd.

“With the completion of the new investment, (chairman) Mr Stewart Donald remains the majority and controlling shareholder of Madrox Partners. Other terms of the investment are not being disclosed.

“The new investment is consistent with Mr Donald’s intention to attract additional financial resources to support the second phase of his plan to regenerate the club, including investing in the club’s academy, recruitment structure, stadium infrastructure and fan experience.”

Sunderland sacked manager Jack Ross earlier this month amid claims that a prospective takeover had collapsed.

It was reported that the consortium, led by American businessmen Glenn Fuhrman, Robert Platek and John Phelan, had ended its interest in the club.

It is understood the investment will be made to the club’s holding company Madrox Partners and Donald will remain the majority and controlling shareholder.

Donald, Sartori and Methven recently “put a substantial extra chunk of money into the club” prior to the American investment, Methven said.

He told the Sunderland Echo: “There’s going to be substantial investment into recruitment in the academy, and things that are hopefully going to be able to take the fan experience to the next level in terms of infrastructure and there’ll be an announcement in the near future on what that looks like.”

Methven said the club had had “a gruelling 18 months stripping everything back to ensure there’s no wastage anywhere”.

He added: “It’s now time to start building again. We’ve always been clear that would require a bit of investment, from our very early interviews and podcasts, and we said that it was no good suddenly looking for it when we needed it.

“We needed to be ahead of the game and the good thing about this is that it will enable us to do the things we know need to be done to take Sunderland to the next level.”

Sunderland were relegated at the end of the 2017/18 season and are currently eighth in Sky Bet League One under new manager Phil Parkinson.