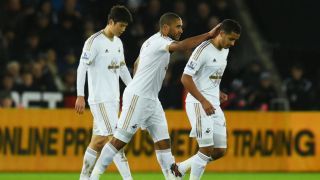 The Welsh club have won just one of their last 11 top-flight fixtures, with Wednesday's 4-2 humbling at home to struggling Sunderland following up a shock FA Cup third-round exit at the hands of Oxford United and defeat to Manchester United.

Curtis, whose side sit in the relegation zone following Newcastle United's win against West Ham on Saturday, admitted the nature of the midweek defeat - dominated by controversial refereeing decisions - left his players in a bad way, but he hopes to ensure there are no lasting negative effects on morale by avoiding another loss.

"The most important thing is that we get back on track. It would be great to win the game because it would be demoralising to lose three league games in a row," he said.

"[Watford] have been on a fantastic run and it will be a tough game but we're at home and we'll make sure we do everything in our power to get that victory because we need the three points.

"After the defeat against Sunderland we hope there is no long-term effect but there is certainly some anger there.

"The performances have been decent but our results have been a little disappointing. You can see the concerns of the supporters but that's the situation we find ourselves in."

A trio of consecutive top-flight losses is a fate that Quique Sanchez Flores was unable to avoid as his team were comfortably beaten 2-0 at Southampton on Wednesday.

The curtailing of their impressive December form - which earned the Spaniard the Manager of the Month award and saw striker Odion Ighalo named Player of the Month - has not troubled Flores, who remains upbeat ahead of Monday's clash.

"We are in the top half of the table before [Saturday's] games and we are very positive. It is our strength that we are consistent; we have our rules when we play. We work together - as a block, as a unit," he said.

"Of course we have had some sweet moments earlier in December but I never saw anyone start to think about not working hard or doing his job.

"It's very important to keep positive. There is no reason for us to be thinking any other way. The players have performed amazingly."

Kyle Naughton is available for Swansea after his controversial red card against Sunderland was successfully overturned and there are no new injury concerns for Curtis.

Flores may be without Rene Gilmartin and Joel Ekstrand, though the latter stepped up his return to action after 10 months out by featuring for Watford Under-21s in midweek.

- Watford have lost just one of their last five competitive away games against the Swans (W2 D2 L1).
- Since beating Manchester United at the end of August, Swansea have won just once at home in the Premier League (W1 D4 L4).
- Almen Abdi has created the most chances in the Premier League (28) without assisting a goal for a team-mate.
- Swansea are 11 points worse off from 21 games this season (19) than they were last season (30).
- Andre Ayew ended a run of six Premier League games without scoring or assisting by netting in Swansea's last match against Sunderland.