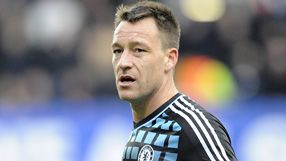 The 31-year-old England centre-back came off after an hour and afterwards told reporters he had suffered the injury more than a week earlier in the quarter-final first leg in Lisbon.

"I couldn't breathe and my chest was closing up. I was having a difficult time out there, especially in the first half. Hopefully, I'll be okay," he said.

"I don't know how long I'll be out. I will have a scan in the morning and we will see where we go from there. It's just horrible.

"When you get one in the ribs, you can't do anything about it. You can't treat it. You just have to let it heal, but I can get through games definitely.

"I thought it was okay, but, later in the second half, it just seemed to be getting worse and I was struggling to breathe to be honest.

"It was difficult. I have never felt anything like that before."

Victory over Benfica carried Chelsea into a sixth Champions League semi-final in nine years and another clash with European Cup holders Barcelona, their seventh in the competition.

Terry, whose return to the team under caretaker manager Roberto Di Matteo has helped Chelsea win seven of their nine games, added that he believed they could reach the final in Munich in May.

He said: "It's a very good achievement to reach our sixth semi-final in nine years, but we want to go through to the end. Clearly, that's going to be tough against Barcelona, but we're playing well.

"I am not sure anyone will fancy playing us at the moment because we are a very good side, especially in this competition. Barcelona are a very good team, but home and away we're a very solid side as well.

"We have shown that away against a very good Benfica side and proved on big nights at Stamford Bridge that we can really upset teams as well. We're confident. It is important we keep this momentum because we're going well in the league. That is the key for us."