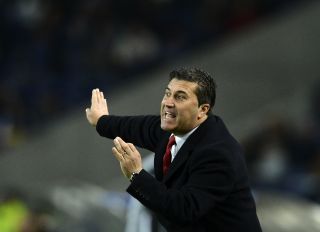 It took just six minutes for the hosts to break the deadlock through forward Tagliabue, after he was played in by Damian Diaz.

But the visitors ensured the sides would head into the break level when Yousef Jaber levelled proceedings in the 34th minute.

After the break Jose Peseiro's charges began to dictate the tempo and Diaz restored the lead on the hour mark.

With just under 20 minutes remaining Al Wahda opened up a two-goal advantage as Tagliabue grabbed his second of the game and his 13th of the campaign.

Carlos Munoz ensured a nervy ending with the13th strike of his league season in the 81st minute, but the visitors were unable to force an equaliser.

The result sees Al Wahda leapfrog Bani Yas into fifth, and ends a five-match unbeaten league run for the away side.