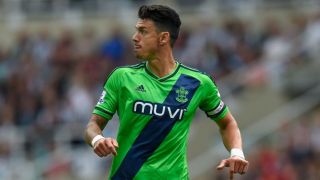 Southampton and Borussia Dortmund contest the second legs of their UEFA Europa League on Thursday having been given thorough tests by Midtjylland and Odd last week.

Thomas Tuchel's Dortmund found themselves 3-0 down in Norway after 22 minutes before battling back to ensure a slender one-goal lead going into this week's second leg.

Ronald Koeman's Southampton needed a second-half Jay Rodriguez penalty to rescue a 1-1 draw with Midtjylland at St Mary's with the Premier League side having begun the season sluggishly, perhaps due to their European commitments.

Captain Jose Fonte told the club's official website following Sunday's goalless draw with Watford: "It’s a disappointing result but at the end of the day we need to take the positives.

"We take a clean sheet and move on to Thursday and we need to qualify for the group stages.

"We just need to believe in ourselves and trust in our team-mates because we have a great team and a great squad."

Ernesto Valverde's men threw away a two-goal lead in Slovakia while Eredivisie side AZ did the same against Astra in Romania.

Five-goal hauls for Krasnodar and PAOK put them in control of ties against HJK and Brondby respectively while Viktoria Plzen, Lech Poznan and Rosenborg take 3-0 leads into their clashes with Vojvodina, Videton and Steaua Bucharest.

Bordeaux make the long trip to Almaty with a 1-0 lead in tow against Kairat, fellow Ligue 1 outfit Saint-Etienne remain level at one apiece with Milsami and Red Bull Salzburg will hope home advantage can see them overturn a 2-0 deficit against Dinamo Minsk.

Standard Liege also return home trailing 2-0 in their tie with Molde while Rubin Kazan versus Rabotnicki and Panathanaikos' tie with Qabala remain all-square at 1-1 and 0-0 respectively.