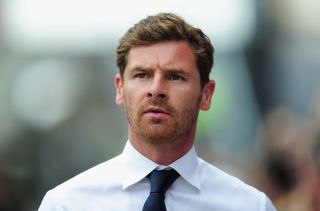 After narrowly missing out on qualification for the Champions League last season, Villas-Boas' men will take their place in Europe's second-tier club competition - and they begin their campaign with a 2,000-mile trip to Georgia for the first leg of their play-off tie.

Tottenham have a rich history in Europe, having won the inaugural edition of what was then known as the UEFA Cup back in 1972 before going on to taste success again in 1984.

The London club also took the tournament seriously last season, although they saw their hopes ended by defeat on penalties to Basel in Switzerland at the quarter-final stage.

Dinamo's finest hour in European competition arguably came in 1981, when they lifted the Cup Winners' Cup for the first and only time in their history.

These two teams have actually met before in what was then the UEFA Cup, having been drawn together in the group stages of the 1973-74 edition.

They shared a 1-1 draw in Georgia in the first meeting before Tottenham ran out 5-1 winners at White Hart Lane in the return thanks to braces from Martin Chivers and Martin Peters and a further goal from Chris McGrath.

Ahead of this year's meeting, they have few injury worries - although they remain without the services of winger Gareth Bale.

The Welshman has officially been sidelined by a foot injury, although rumours of a proposed world record move to Real Madrid refuse to go away.

Tottenham have enjoyed a productive transfer window, and they will be able to call on new signings Nacer Chadli and Roberto Soldado in attack in Bale's absence.