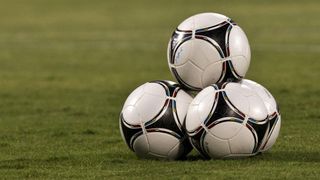 A group of hooligans are reported to have burst into a dressing room at the club's training ground on Monday and singled out Udovicic, who missed a penalty in a 1-0 SuperLiga defeat to FK Rad on Saturday.

The 27-year-old is quoted as telling Serbian newspaper Zurnal: "He could choose where he wanted to shoot me. He asked me whether I had set up the game with our club's management. I said I did not."

The group are then said to have left the scene without inflicting injury, but Nezavisnost chief Mirko Poledica says the Serbian Football Association (FSS) must take a stand against violence towards players.

"In the past years, I have heard about many violent incidents and you wonder when does it stop?" he told FIFPro. "What worries me is that there is no reaction from the football association. They remain quiet.

"They must do something to guarantee the safety of the players. But they don't.

"Next time a player could be murdered. Must we wait until some hooligan actually kills one of our football players?

"In Serbia, no fan has ever been prosecuted or convicted after violent behavior against a football player. That's why players are afraid to be attacked or be humiliated.

According to the FIFPro report, Udovicic has since left the club.