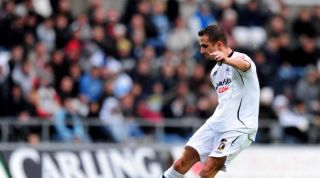 The 31-year-old, who also played for ADO Den Haag in his homeland and currently coaches amateur club SV Wateringse Veld, was admitted to hospital with pneumonia on Monday.

Swansea fans staged a minute's applause in support of their former player in the sixth minute of their Premier League fixture against Aston Villa on Saturday, but it has now been announced that Bodde came around on Friday.

"Yesterday Ferrie Bodde awakened from his artificial coma," read a statement on SV Wateringse Veld's official website. "Under the circumstances he is doing well and it is the expectation that he will completely recover.

"Last Monday Ferrie was taken into the hospital because of a bacterial infection and pneumonia. Ferrie greatly appreciates all support from family, friends and supporters of Swansea City, ADO Den Haag and other clubs.

"For the coming recovering period Ferrie wants to focus on his family first."

Bodde spent five injury-hit years at Swansea, following a move from ADO Den Haag in 2007, and made 54 league appearances.