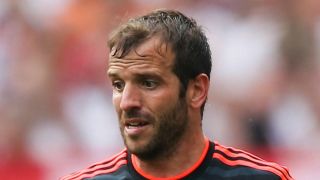 Rafael van der Vaart's torrid spell at FC Midtjylland is set to come to an end after he played fewer than 10 minutes for the Danish side this season.

The former Netherlands international joined the club in August 2016 from Real Betis, but was largely restricted to substitute appearances in his first season.

He has not fared any better in his second campaign, failing to reach 10 minutes of action across two appearances.

Midtjylland can win the Superliga title with a win over Horsens on Monday and Van der Vaart believes their failure to build the team around him is the reason that his time in Denmark has not been a success.

He told newspaper Herning Folkeblad: "It hasn't worked out as I expected.

"When you have a player like me, you have to think to yourself: 'We have Rafa here and we know what he is capable of, we should build a team around him.'

"That is what I expected, but it hasn't worked out that way."