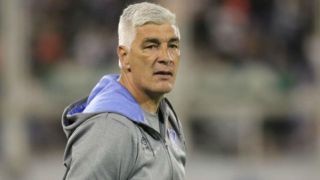 Omar De Felippe resigned as Velez Sarsfield head coach after being spat at by a supporter in Monday's 2-0 home defeat to Union Santa Fe.

Velez are 18th in the Superliga after consecutive losses, while they also crashed out of the Copa Argentina at Atletico Tucuman last month.

And things came to a head following the latest reverse, with a home fan spitting on De Felippe before the coach announced his departure in a post-match news conference.

"I'm leaving because of what happened on the pitch," he said. "A fan spat at me. I can't stand that. I can't put up with a stupid person spitting at me.

"It's better to leave now."

On his disappointment at the way his tenure panned out, De Felippe, who took charge last year, added: "It's a pity because one does so much to arrive at this club and things didn't go as I thought they would.

"But results dictate and I need to leave in order to defuse the situation."