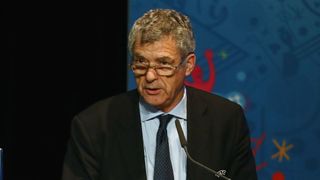 The 67-year-old stood unopposed and got 112 votes, with 11 abstentions and six spoiled ballots.

A former midfielder for Spain and Athletic Bilbao, Villar first took up his post in 1988.

"We have received huge endorsement which has brought us an undeniable victory. We have worked and won cleanly, it is a legitimate triumph, ratified by a strong majority," Villar told reporters.

Villar's one-time general secretary Jorge Perez had intended to stand against his former boss but withdrew from the race and asked the Spanish Sports Tribunal (TAD) and Sports Council (CSD) to annul the election over alleged irregularities.

Both bodies refused Perez's request and RFEF issued a statement dismissing his complaints as "completely untrue and biased", insisting Villar had prevailed with "absolute honesty and transparency".