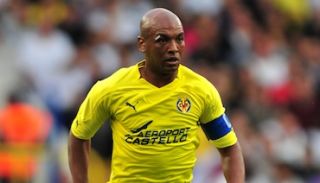 Brazil-born Senna, who will turn 37 next month and played 28 times for Spain, made 363 appearances for Villarreal, including 33 this season as the club finished second in the second division to secure promotion back to the top flight.

Villarreal did not say which Major League Soccer (MLS) side Senna, who is a massive fan favourite and has a gate named after him at the Madrigal stadium, would be joining. He will give a farewell news conference on Wednesday.