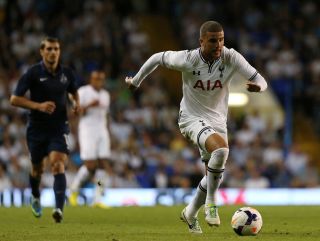 Spurs narrowly missed out on a top-four finish last term as rivals Arsenal edged ahead of them, but a lavish spending spree – which has seen them spend over £100 million in the close-season – has the club's fans optimistic.

Tottenham's substantial outlay was offset by the high-profile departure of Gareth Bale to Real Madrid, but their flurry of acquisitions has seen them make a bright start to the campaign.

They did suffer a shock 3-0 home defeat to West Ham on Sunday but Walker believes that the result was just a blip on the radar, and that Tottenham are well-primed to achieve their European goal.

Walker told the Daily Mirror: "It's a bit too early to be talking about where we can be at the end, but if we keep playing to our strengths, then I see no reason why we cannot make the top four.

"We've made a lot of changes to the squad during the summer, but everyone who has come in has fitted in really well within the dressing room, all the lads get along and that really helps.

"We've signed quality throughout the squad and the more we get used to playing as a team, the better we are going to get."

Finishing fourth brings with it a place in the Champions League qualifiers, while the top three Premier League sides automatically qualify for Europe's premier club competition.

Tottenham were last involved in the Champions League in the 2010-11 season, when they reached the quarter-finals before being knocked out by Real Madrid.