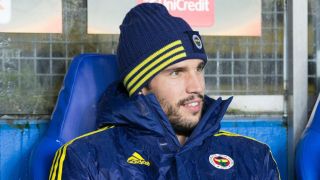 Rangers manager Mark Warburton has revealed he is "both bemused and amused" by rumours of Robin van Persie moving to Ibrox.

The former Brentford manager has been busy assembling his squad ahead of the club's return to the Scottish Premier League, and Van Persie had been linked with a switch from Fenerbahce to the Glasgow giants in recent days.

However, Warburton has rubbished those claims, claiming he has no idea where the reports have come from.

"Robin Van Persie is an unbelievably talented player, but there is absolutely no truth in the rumour," he said. "I'm both bemused and amused.

"There is no substance whatsoever. I'm sure someone is laughing somewhere."

After a four-year hiatus from the top flight, they will begin their campaign at home to Hamilton Academical on August 6.