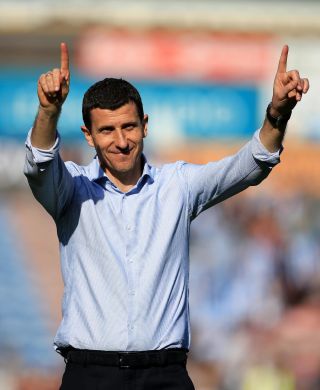 Watford boss Javi Gracia played down his side’s rise up to seventh in the Premier League after their 2-1 win at Huddersfield.

The Hornets bounced back from Monday night’s home defeat to Arsenal with two more goals from Gerard Deulofeu before Karlan Grant headed a stoppage-time consolation for Huddersfield.

Watford, who will play Manchester City in next month’s FA Cup final, are on course for their highest-placed Premier League finish, but Gracia refused to look beyond Tuesday’s visit of Southampton.

“I’m happy about that (being seventh), but in this moment I’m not thinking if we are going to be able to keep that position or not,” the Spaniard said.

“To be honest I prefer to be focused on our next game in three days and we have to recover and try to prepare as best as possible for the next game.

“This is the only way. At the end of the season we can achieve something really special for us.

“If we in this moment start thinking about the final, we have achieved amazing things this season, but it’s better to be focused only on the next game.”

Deulofeu curled home Watford’s early opener in similar style to his stunning effort at Wembley against Stoke in the FA Cup semi-final and sealed the win by side-footing home a loose ball in the 80th minute.

“He’s scoring important goals and very good goals,” Gracia said. “All goals are good for him in this moment.

“In other moments he didn’t score, but he’s always with a good commitment to the club and the team, trying to help the team.

“He showed his quality with this goal and at this moment we are enjoying his goals.”

Huddersfield boss Jan Siewert said Deulofeu’s fifth-minute opener hurt his side after they had started on the front foot.

“We were really in the game for me,” Siewert said. “We had several chances against a team for me which is very well-organised.

“That’s a big reason why they are in the FA Cup final and a good position in the league, so we knew it wouldn’t be easy.”

“I’m not here to talk about records like that,” Siewert added. “I’m a positive guy and I won’t change my mindset and this is also a message for our supporters.”