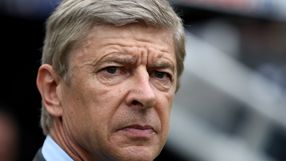 The Emirates Stadium supremo has seen his charges make a dismal start to the Premier League season, losing to Liverpool, Manchester United, Blackburn Rovers and Tottenham Hotspur as well as drawing at Newcastle United.

Wenger continues to weather criticism for sticking by his policy of developing young, hungry talent rather than signing more experienced players that can help lead the team.

And the Frenchman says that, after losing one captain in Fabregas, his side now possess several skippers who can help guide the Gunners to a first success since the 2005 FA Cup.

"Sometimes we are reproached for not having enough captains in our squad, now we have plenty," Wenger told the Official Arsenal Magazine.

"Overall we have more experience and this could be important if we are in a strong position and have interesting challenges in March or April. That could have a big part to play.

"We got criticised a lot last season for not getting over the line, but I believe that we were so close, so, so close that it was unbelievable to accept. But we have added more experience.

"Also last year we lost important players in March and April because we went for all the trophies, so hopefully we have the squad to do it and this time it will happen.

"In every position you always have number one, two and three, knowing there is not a lot between them.

"But, basically, I'm very happy with the signings we made and my challenge now is to prove that I made the right decisions. I have great belief in the players I brought in and I am convinced they will prove me right."