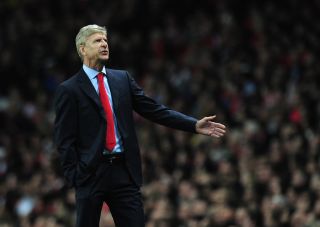 The 2-1 loss to Jurgen Klopp's men at the Emirates Stadium was Arsenal's first in Group F, while it also ended the Premier League leaders' 12-game unbeaten run in all competitions.

Olivier Giroud's ninth goal of the season cancelled out Henrikh Mkhitaryan's 16th-minute opener just before the break, only for Robert Lewandowski to strike eight minutes from the end.

While Wenger believes Arsenal can and will recover quickly from the setback, the Frenchman also lamented the goals conceded against last season's runners-up.

"Disappointment is part of how a team grows," he said.

"Some players are a bit jaded, it was a game of high intensity, but very few chances. Dortmund were well organised to stop us playing but we put ourselves on the back foot for the first goal, and were naive for the second.

"We started hesitantly and gave them confidence. Our fluent football was not quick enough."

Arsenal, Dortmund and Napoli are all level on six points and Wenger believes his side need to win one of their remaining two away games in the group to be sure of qualification.

He added: "The group is tight and difficult for us, but it is possible (to qualify). We need a result away from home."

"This is probably the toughest group in the competition but I think we are still capable of going through."