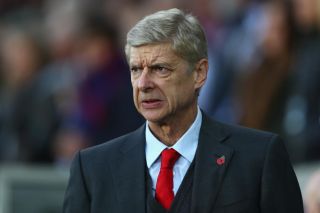 Billionaire Usmanov spoke out about the Frenchman on Monday, declaring that Wenger needed to accept the mistakes he had made at the club.

Usmanov stated that the team needed to strengthen in every position, after an inconsistent start to the 2014-15 campaign that has seen them win just four of their opening 12 Premier League games.

In a media conference on Tuesday, Wenger expressed his belief that such comments were best kept out of the public domain.

"I've shown I can take criticism in the 18 years I have been here," said the Arsenal manager.

"Everyone has the right to an opinion. We must show solidarity.

"When we have something to say to each other, we should do it face to face. We don't need to go to the newspapers."