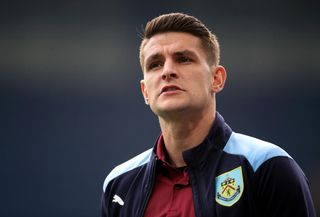 Burnley midfielder Ashley Westwood is eyeing an historic result against Arsenal to cap his fine season.

The Clarets conclude their 2018-19 campaign by hosting the Gunners on Sunday.

Burnley have never beaten Arsenal in the Premier League, with a 2-0 League Cup success in 2008 their only victory against them since winning 1-0 at Highbury in 1974 in the old Division One.

“Hopefully we can change that record,” Westwood said.

“At the Emirates Stadium we gave it a good go (when Burnley lost 3-1 to Arsenal in December).

“We know what we are. We get among teams and we make it as difficult as we can for them.”

The game comes three days on from Arsenal sealing a place in the Europa League final with victory at Valencia, and Westwood added with a smile: “Hopefully they carry a hangover through from Thursday night.”

Arsenal, fifth in the table and looking certain to miss out on a top-four spot, have not won any of their last four games in the Premier League, losing three.

While 15th-placed Burnley go into the contest having been beaten in each of their last two, the second half of their season has been positive overall, with them recovering from taking just 12 points from their first 19 matches by adding 28 more and securing safety.

Westwood’s contribution to the cause this term has seen him provide seven Premier League assists in addition to scoring two goals, and he has been voted player of the year both by the clubs’ fans and his team-mates.

The 29-year-old, who joined from Aston Villa in January 2017, said: “For me personally it has been a great season, to get seven assists in the Premier League.

“Hopefully I can get more on Sunday. I’ve got a great battle with Dwight (McNeil, who has registered five Premier League assists for Burnley this season), he is hot on my heels.

“He is pushing me all the way and we are a whole group in there that pushes each other and want each other to do well.

“To win those awards was massive for me, and to get it from the fans and the players, it was a real honour.

“I’ve taken a bit of a battering in the past, but that’s football. I’ve come here and have really found my level here, and it feels that it is a great fit for me.

“The gaffer (Sean Dyche) is telling me to play forward quicker and I think that suits my game.

“I did a lot over the summer. I wanted to come and prove people wrong really. You take a few setbacks and it was up to me to put it right.”