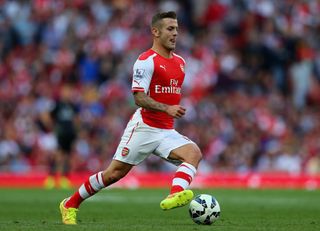 With home advantage in their favour, Arsenal will start as favourites to secure a place in the competition proper for the 17th season in a row.

However, England international Wilshere has warned that the Turkish side will be going all out for the victory and has called for focus when the teams clash again at the Emirates Stadium.

"It is not going to be an easy game and we can't take it for granted," Wilshere is quoted as saying in the British press.

"They are going to come full of confidence from their performance in the first game and we are going to have to start how they did and take the game to them.

Arsenal could be boosted by the return of their German World Cup-winning trio of Per Mertesacker, Mesut Ozil and Lukas Podolski.

And Wilshere is relishing their presence, adding: "Having won the World Cup can have an impact, but the Germans have got a fantastic mentality anyway.

"Last year, you saw that - they are great characters to have in the dressing room. We are looking forward to getting them back and it is going to make our squad even stronger."