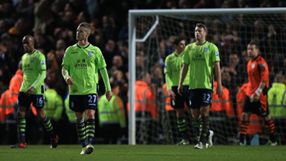 The 3-1 reverse in their League Cup semi-final first leg was the latest in a string of woeful displays from the 1982 European champions and damage has been done even if they salvage a trip to Wembley in the January 22 second leg at home.

Manager Paul Lambert still believes they will get there and a cup final would be a big fillip for the Premier League strugglers and perhaps show their ideas are not folly after all.

"It is half-time, we have another chance to retrieve this and we will see what happens in a fortnight's time. We will be at home, have the crowd behind us, and we will have to do better than we did tonight, that is for sure," he told reporters.

Asked if Villa were favourites, he added: "Pretty sure we will be, being at home with the crowd behind us but it is a big game for us now."

Casual English football observers might have known as many of the Bradford players as Villa ones such is the Birmingham-based side's obsession with blooding youngsters but more painful results in the coming weeks could seriously spook them.

Villa had conceded 17 goals in their last four league games before the nervy 2-1 FA Cup Third Round win over second-tier Ipswich Town on Saturday with a young back-line and midfield being run ragged and looking very much their inexperienced age.

Many in the game have applauded Villa's approach in a time of mega money wages and transfers but fans will have expected something different when American Randy Lerner, former owner of the NFL's Cleveland Browns, took over the club in 2006.

The harsh realities of top-flight football mean money and experience count, especially for clubs not enjoying an excitable first season in the Premier League when average players often excel.

Villa are an established name and their perilous position in 16th in the Premier League, a point above the relegation zone, is sending shudders down their faithfuls' spines with the prospect of a humiliating cup exit also a real possibility.

"We have a great chance now and Villa will have to play exceptionally well to get to Wembley," said Bradford boss Phil Parkinson, not sounding at all like a kowtowing fourth-tier manager who is happy his plucky side have got this far.

"We go there full of confidence and the pressure will be on them."

Villa flirted with relegation last season and then sacked manager Alex McLeish, who had started the policy of fielding players in their teens and early 20s, so they know the risks they are taking.

The rays of light for fans are the shock 3-1 league win at Liverpool last month and the power and pace of seven-million pound Belgium forward Christian Benteke, one of the few Villa players to have cost a sizeable amount of money.

Whether more funds are available in the January transfer window remains to be seen, as does the future of England striker Darren Bent after previously being mysteriously banished to the sidelines despite not being injured.