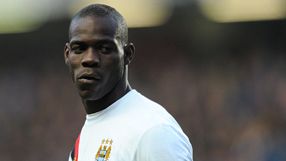 Since his £24 million summer arrival from Inter Milan, the Ghanaian-born 20-year-old has exhibited both sides of his mercurial talent, netting six times in his first 11 Premier League games whilst also racking up five yellow cards and one dismissal.

Off the pitch, he has also become the subject of widespread media criticism for arrogantly boasting that he will one day win the FIFA Ballon d’Or, and also for claiming to be unaware of Arsenal wonderkid Jack Wilshere.

While Zola agrees there is no limit to what Balotelli can achieve, he has warned that if City’s young striker wants to be considered great, he must learn to control himself as well as he controls the ball.

Speaking to Yahoo!, the 44-year-old said: “He can become as good as he wants. Everything is in place except the self-discipline. He is a skilful player, a strong player; he just needs to learn the self-discipline that is so important in achieving results.

“All the biggest players I've seen in my career had talent, but they also had strong self-control which made them key players.

“I think Mario knows that, and he has to learn to use his passion for football in the best way.”