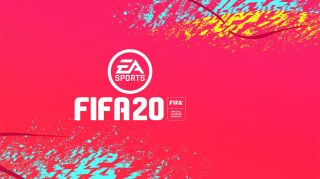 Let's face it, the day a new FIFA hits the shelves is undoubtedly one of the highlights of any football fan's calendar. For 20 years now, the EA Sports mega-franchise has caused as much joy, excitement, rage and broken controllers as any other game on the market.

With this being an unusual year, we may be waiting a little longer for the new release so, if you haven't already, it might be time to bite the bullet and see this lockdown through in the only fitting way - by schooling your brother/cousin/sister/mate/mum/dad at FIFA 20.

Below, we've shared the best deals online to make it even easier for you. It's in the game!

The best deals for the PS4, Xbox One and Nintendo Switch

The latest edition of FIFA features enhancements to the game flow, meaning time, space and positional intelligence have all been tweaked to give you the most realistic possible in-game feel.

One-on-ones are more dynamic, too, while the computer defends better than ever before with increased artificial intelligence and player motion.

Shot trajectories, passing and tackling have all seen vast improvements, with ball physics more relastic than ever.

It's quite simply the best FIFA ever, with all the usual badges, team names and trimmings plus a wealth of in-game options, including Ultimate Team, VOLTA street football, career mode, online play and tournament options. You do not want to miss this.

Need a PlayStation AND FIFA 20? Look no further...

The PlayStation 4 is one of the most celebrated and widely played consoles in the world, with state of the art graphics and  a host of online playing options.

FIFA 20 is the perfect game to get started, and these bundles comes with an array of awesome extras, from whopping great 1 Terrabyte memory cards, to free trials on PlayStation Plus, meaning you can get online and play with your friends.

No price information
Check Amazon
See all prices (1 found)
Up to 1TB Xbox One S
Digital console options, meaning disc-free gaming
Wireless controller
Up to 1-month Xbox Live Gold subscription
Tranferable data - pick up where you left off on another Xbox One or Windows 10 PC
Your games and saves travel with you
Does not play physical discs. Games are downloaded and ready to play when you are
No need to worry about disc
Not suitable for those that like to buy discs

After some inital teething problems with the original console, Microsoft eventually nailed it with the XBox One S, ironing out all the small glitches that caused such a controversial launch intially.

Now the platform's most powerful and beloved model, the XBox One S provides the ulltimate FIFA 20 playing expereince, and bundle packages include a multitude of goodies and add-ons similar to the PS4.

Up to 1TB of data, and with the added option of not even needing to buy discs, with the digital version of the console. Check out the best deals now.

Need FIFA 20 on the Nintendo Switch? Look no further

Okay, so here's the deal. The Nintendo Switch is a freaking awesome console, which offer you the option to take your gaming on the go or playing on a TV from the comfort of your sofa.

Sadly, however, the crazy level of tech this takes also means corners have to be cut elsewhere from time to time, and this is no more obvious than in the case of its FIFA 20 release.

The legacy edition is great...It's just not new. It includes all the graphics, gameplay options etc. of FIFA 19 but with this year's kits. Don't get us wrong, FIFA 19 was awesome, but it just isn't new.

If you love the Nintendo Switch and aren't such a FIFA fanboy that you desperately need everything about it to be brand new, then this is still a great option. But that's your call.